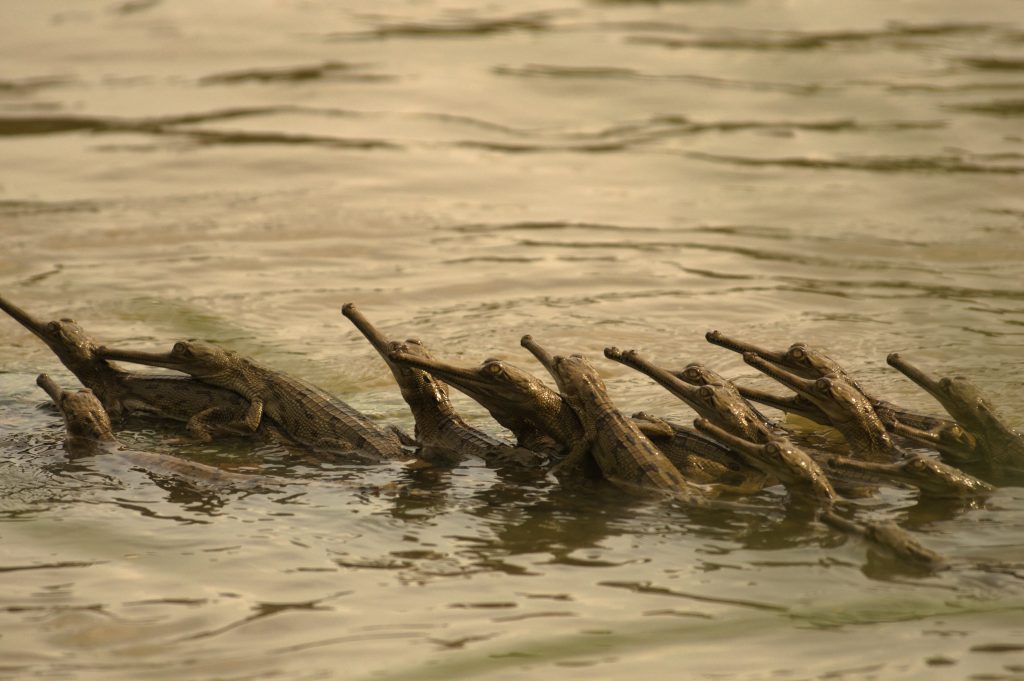 Gharial is a Critically Endangered fresh water crocodile which is the sole member from the family Gavialidae. It is very unique crocodilian with sexual dimorphism as the male has a bulb like structure at the tip of snout called “ghara”, from where the name gharial comes. But gharial is critically endangered species. Currently, it is found only in 5% of its previous range and distributed in 14 different sub populations.   Out of 14 subpopulations, only six of them are currently breeding and Chitwan is the main breeding population in Nepal. But the breeding ecology of gharial in the wild is not clearly understood yet. With the support of EDGE of existence program of ZSL, CFN is looking on the reproductive ecology of gharial in the wild. CFN is also studying, for the first time in Nepal, the acoustic communication of male gharial. The adult male gharial produces loud audible sound called ‘POP’. The male uses the POP for attracting females for mating and patrolling its range. Hydrophones will be installed to record the POP sound for further analysis. Another important aspect of this project is to see the historical existence of gharial in Rapti River. The current population in Rapti is supplemented by head starting from captivity. So it is important to analyze the historical distribution and status of the species in this river. The project also analyzes the social/human interaction with gharial and its conservation policy. The generated data on reproduction in the wild and social interaction will certainly support the future in-situ conservation of the species. 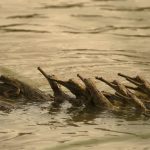